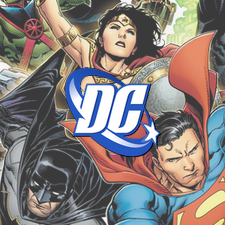 The New 52 is the 2011 revamp and relaunch by DC Comics of its entire line of ongoing monthly superhero comic books. Following the conclusion of the "Flashpoint" crossover storyline, DC canceled all of its existing titles and debuted 52 new series in September 2011 with new first issues as a partial reboot. Among the renumbered series were Action Comics and Detective Comics, which had retained their original numbering since the 1930s.

The relaunch included changes to the publishing format; for example, print and digital comics began to be released on the same day. New titles were released to bring the number of ongoing monthly series to 52. Various changes were also made to DC's fictional universe to entice new readers, including changes to DC's internal continuity to make characters more modern and accessible. In addition, characters from the Wildstorm and Vertigo imprints were absorbed into the DC Universe.[